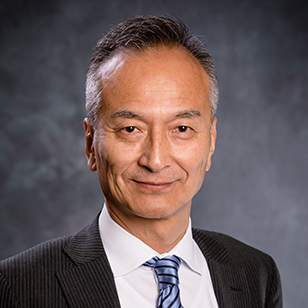 Akio Uemura serves as Senior Vice President and Managing Director, DIA Japan, where he is responsible for DIA business and program development. He works closely with the Advisory Council of Japan and its committees, as well as with industry, academia, and regulatory counterparts throughout Asia, to enhance and coordinate DIA’s collaborative networking, information exchange, and other efforts in Japan. He also supervises DIA Japan office staff, and serves on DIA’s Executive Leadership Team.

Prior to joining DIA, Dr. Uemura served as Executive Director, Head of Japan Development, Allergan Japan, where he previously served as Director and Head, Allergan Japan Regulatory Affairs. Before Allergan, Dr. Uemura was Director, Regulatory Policy, Liaison and Intelligence at Eli Lilly Japan, having served previously as Global Project Team Leader for early clinical phase projects at Eli Lilly & Co in Indianapolis, IN (US). He also held other managerial positions at Eli Lilly and Mochida Pharmaceuticals after earning his PhD in Bioengineering Sciences from Osaka University (Japan). Dr. Uemura has been a committed DIA volunteer for many years, serving on our Japan Regional Advisory Council as well as regularly participating as a speaker in numerous DIA meetings and conferences.