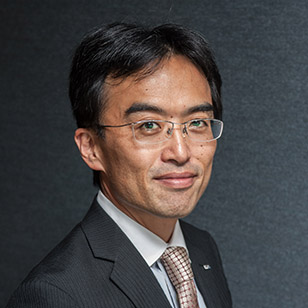 Dr. Uyama is currently Director, Office of Medical Informatics and Epidemiology, Pharmaceuticals & Medical Devices Agency, Japan.  He received his PhD degree and became a research fellow for the promotion of science within Japanese society. He was a post-doctoral fellow at the University of Calgary (Canada) from 1994 – 1995 and researcher in the Tokyo Metropolitan Institute of Medical Science from 1995 – 1998).

Dr. Uyama joined the Ministry of Health and Welfare (now the Ministry of Health, Labour and Welfare) as a technical officer in 1998.  In 2001, he started new drug review in the Pharmaceuticals and Medical Devices Evaluation Center of National Institute of Health Science, and has continued his career in drug review for the Pharmaceuticals and Medical Devices Agency since April 2004. His extensive experience in the review and safety assessment of new drugs includes serving as the Review Director (2007 – 2010); International Conference on Harmonisation  Technical Coordinator (2004 – 2009); ICH E15 and E16 topic leader (2011 – 2012); Division Director for Regulatory Science Research (2011 – 2012); Division Director of Review Planning and Pharmaceutical Affairs Consultation (2012 –2013); Director, Division of Epidemiology (2014); and as Rapporteur of the International Conference on Harmonisation E17 Expert Working Group (2014).  Dr. Uyama received his PhD degree from the Nagoya City University in 1994.