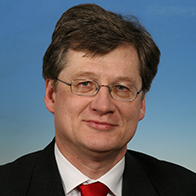 Following a Japan Society for Promotion of Science Postdoctoral Fellowship at Kyoto University (Japan), and a German Research Foundation Fellowship at the Institute of Food Research in Norwich (UK), Dr. Bachmann worked at the Institute of Pharmaceutical Biology at the Technical University Braunschweig (Germany), until joining the German Federal Institute for Drugs and Medical Devices (BfArM) Department of Drug Approval in 1999.

Following positions as Head of Subunit, Variations (2000-2002), and Head of Unit Mutual Recognition Procedures (2002 -2005), Dr. Bachmann was appointed as Senior Expert for Drug Regulatory Affairs in the Cooperate Unit European and International Affairs.  He currently serves as Head of the Unit of European Coordination and as Deputy-Head of the Division of European and International Affairs. He has served in the additional roles as well: German NtA Member since 2002; German representative to the Mutual Recognition Facilitation Group from 2002 – 2005; German Member of the Coordination Group for Mutual Recognition and Decentralised Procedures - human from 2005 – 2011; and is a member of other European and AdHoc Working Parties.

Dr. Bachmann is currently the elected chair of the Coordination Group for Mutual Recognition and Decentralised Procedures - human and a Member of the Scientific Coordination Board of the European Medicines Agency. He is a lecturer for Drug Regulatory Affairs at the Universities of Bonn, Duisburg-Essen, Basel and Copenhagen, an honorary member of the Middle-European Society for Regulatory Affairs, an honorary lifetime member of The Organisation for Professionals in Regulatory Affairs, and a former member of the DIA Advisory Committee of Europe (2007 – 2013).  Dr. Bachmann studied biology and chemistry and has a Doctorate of Natural Sciences (Pharmaceutical Biology) from the University of Wuerzburg (Germany).