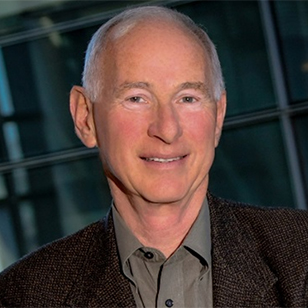 Dr. Mike Rosenblatt’s career spans academia, the pharmaceutical industry and biotech/venture, as a physician, scientist, educator and leader in health care. He currently serves as Chief Medical Officer of Flagship Pioneering in Cambridge, MA. He was Executive Vice President and Chief Medical Officer for Merck from 2009-2016, after serving as Dean, Tufts University School of Medicine. He was formerly Robert Ebert Professor of Molecular Medicine and then George R. Minot Professor of Medicine at Harvard Medical School. He served as President of Beth Israel Deaconess Medical Center from 1999-2001 and was the Harvard Faculty Dean for the Center’s Academic Programs at BIDMC. He was Director of the Harvard-MIT Division of Health Sciences and Technology, and Senior Vice President for Research at Merck Research Laboratories.

Dr. Rosenblatt received the Fuller Albright Award for his work on parathyroid hormone, the Vincent du Vigneaud Award in peptide chemistry and biology, and the Chairman’s Award from Merck. His research has been in parathyroid hormone-receptor interactions, elucidating the mechanisms by which breast cancer “homes” to bone, and osteoporosis. Dr. Rosenblatt has served on the board of directors and scientific advisory boards of several biotech companies. He was a scientific founder of ProScript, which discovered bortezomib (Velcade) for multiple myeloma; and Radius Pharmaceuticals, a company developing abaloparatide for osteoporosis. He currently is on the Harvard Medical School Board of Fellows, and research advisory committees of the Massachusetts General Hospital, Brigham and Women’s Hospital, and Children’s Hospital (Boston).