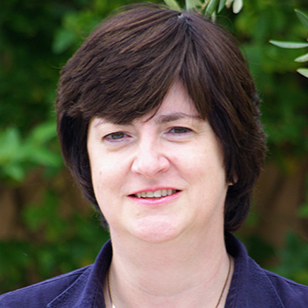 When did you realize you wanted to work in pharmacovigilance and pharmacoepidemiology?

It was purely by chance. I went to do occupational health at a pharmaceutical company and a separate part of the job was PhV for their products. I became fascinated by the subject and realized that I wanted to work in the field. One becomes a detective with the aim of working out what caused the adverse event. Was it a drug, the disease, something innate in the patient or just bad luck? Thirty years on and it is still fascinating.

In your opinion, what is the greatest challenge in your field?

People are chasing ever smaller risks without considering their importance to public health. Huge resources are spent on complying with the numerous regulations and not on looking at the safety profile. People are in danger of losing sight of why we do PhV—to protect patients and enable drugs to be used safely and effectively.We should also be targeting benefits; risk is only half of the equation, identifying predictors of efficacy could be a game changer.

Where do you see your field going? What is your vision of the field in 2030?

I fear a totally automated system with computers talking only to each other as they receive, parse, and transmit data to each other. Data mining will raise signals, instant use of big data and automated systems will investigate, and label change will happen if required. No thought or intellect will be involved, and society and patients will be poorer.

What have you become better at saying “no” to? (Distractions, invitations, requests, etc.) What approaches or realizations helped you?

The realization that whatever I do now and however important or urgent it may seem at the time, it actually isn’t. I am not resuscitating patients where life and death depends on speed and knowledge. Few things we do need instant answers, and in 5 years’ time no-one will remember what the big issue was—or me.

Who would you have over for a dinner party, and what would you talk to them about?

I think a dinner party with Saki, Oscar Wilde, John Snow, Win Castle, and Leonore Davies would be interesting. Saki and Oscar Wilde are two of the most amusing writers I have come across, and so any conversation would be lively and entertaining. John Snow was fascinating in that he was the first to use epidemiological methods to investigate cholera outbreaks. He is known as the “father of epidemiology.” He also anaesthetized Queen Victoria when she was giving birth to her last two children and wrote a paper on vitamin D deficiency—an amazing achievement for the son of a labourer. Win Castle was my mentor when I first started PhV and is one of the unsung greats in the field. Leonore Davies was my old headmistress. She came to the UK alone, aged 14, not speaking any English, on one of the last kindertransports from Vienna, and she was fascinating about life in Vienna and her subsequent career in the UK. And of course I would love to have my parents there. They had the most amazing dinner parties when I was a child and taught me to question everything and everyone!

How has DIA helped you?

DIA provided me with the opportunity to meet lots of interesting people with different backgrounds and knowledge. Parallel tracks at the annual meeting permit forays into unknown areas and new interests to be found. Bouncing ideas off other professionals in the same field can produce results more quickly and link pieces of information. It also allows me to give something back to the field I love. I hope that the odd bits of knowledge I have gained over the years can help the next generation in the same way various people helped me in the past.

Stella Blackburn, MB BS, MA, MSc, is the Global Head of Early Access & Risk Management, Real World Insights, at IQVIA. Stella qualified in medicine from Cambridge University and Guy’s Hospital and has an MSc in Epidemiology. Following a spell in hospital medicine, she has worked in PhV and Pharmacoepidemiology for over 30 years: in industry, at the European Medicines Agency and latterly at Iqvia. She developed the EMA’s policy on risk management and was lead author of GVP V. She was involved in GVP VIII and was part of the core group implementing the “new” PhV legislation. Blackburn is an FRCP Edin, FISPE and FFPM, an Honorary Associate Professor at the London School of Hygiene and Tropical Medicine and Visiting Scientist at MIT.