DIA Europe 2020 is the only event where you can hear from nearly all top executives at the European Commission DG SANTE.

We are honored to have them partner so closely with us, especially at such a momentous period for Europe. Learn more below about these leaders of today, and the programme sessions they are involved in. 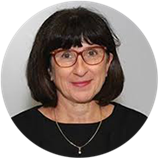 Anne Bucher is Director-General for Health and Food Safety at the European Commission. She has been in the European Commission since 1983, and Director-General of DG SANTE since October 2018. Prior to that Anne Bucher was Director-General and Chair of the Regulatory Scrutiny Board as of March 2016. She also was Director for structural reforms and competitiveness in the Directorate General for economic and financial affairs from March 2011 until February 2016. Anne Bucher has worked in various fields of European policies: macroeconomic forecast and models, structural funds, evaluation of employment policies, enlargement, development aid, information society strategy and economic analysis of EU tax policy. 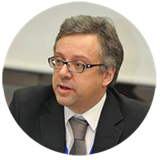 Martin Seychell is a graduate in chemistry and pharmaceutical technology. He has been responsible for the implementation of a number of EU directives in the areas of risk assessment, food safety, chemicals and cosmetic products legislation. He participated in negotiations on major technical proposals such as the new chemicals legislation, in screening processes in the areas of free movement of goods, environment and agriculture during the process leading to Malta's accession to the EU. 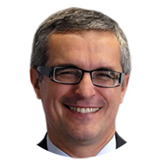 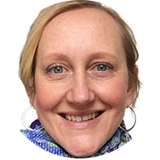 Anna-Eva Ampelas is Head of Unit for Medical Products: quality, safety, innovation in Unit B4 in DG SANTE, European Commission. In this capacity, she manages files on medicinal products (falsified medicines, clinical trials, shortages, GMP etc); Health Technology Assessments (HTA) and substances of human origin (blood, tissues and cells, organs). She has more than ten years of experience working on health policy and legislation in the European Commission. Before joining the Unit for Medical Products, Anna-Eva headed the unit dealing with tobacco control and global health. She was Health Counsellor at the Permanent Representation of Sweden 2002-2006 before joining the European Commission. She has a Master of Laws from Uppsala University. 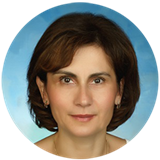 Olga Solomon studied Chemistry at the Aristotle University of Thessaloniki, Greece and holds an MSc in Food Science from the Gothenburg University, Sweden. Before joining the European Commission she worked for 5 years for a beverage producing company in Greece. Solomon joined DG SANCO in 2000 and worked for 10 years in the field of Food Safety in particular dealing with legislation on Food Contact Materials, Food Additives and Enzymes. In 2010, she moved to the Directorate 'Health Systems and Products' where she worked in the field of substances of human origin before taking up a post in the pharmaceutical sector in 2011. She is currently the Head of the DG SANTE Unit responsible for Medicines: policy, authorisation and monitoring. 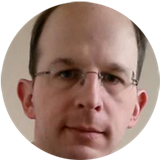 Florian Schmidt is the deputy head of unit of the Commission’s pharmaceutical unit B.5 in the Directorate-General for Health and Food Safety (DG SANTE). He is a lawyer by training and joined the Commission in 2004. For several years he followed the paediatric legislation and participated in meetings of the Paediatric Committee at EMA. He was involved in the drafting of the 2013 Commission Report on the Paediatric Regulation and the subsequent 2017 report, which was published end of 2017. 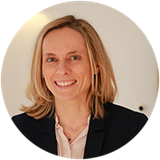 Agnès Mathieu-Mendes is deputy Head of the unit dealing with the quality, safety and innovation of medicinal products in the Directorate General on Health and food safety in the European Commission. Her responsibilities include the implementation of the falsified medicines Directive, the clinical trials Regulation, good manufacturing practices, good distribution practices and mutual recognition agreements on GMP with third countries. She has been working for many years in the pharmaceutical field such as the authorisation process of medicinal products or the orphan medicinal products.

Agnès Mathieu- Mendes joined the European Commission in 2006 to work on the Better Regulation agenda of the Directorate General for enterprise and industry. 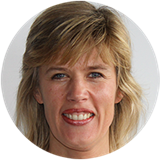 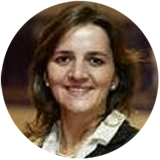 Flora is a pharmacist by training. She is heading the team on Health Technology Assessment, at the European Commission, DG Health (SANTE), Unit "Medical products: quality, safety and innovation". The team is responsible for the recently adopted Proposal for a Regulation on HTA, for the Secretariat to the HTA Network, and it oversees the activities of the Joint Action EUnetHTA. Joined the EC in 2006 in (now) DG CNECT, she worked in the ICT for Health Unit. Before joining the EC she was Secretary General of the PGEU, the European Association of Community pharmacists and also worked in a community pharmacy.

Go back to top