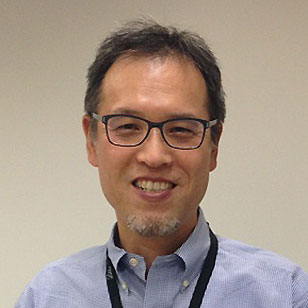 Yoshihiro Higashiuchi joined Nippon Zoki Pharmaceutical Co. Ltd., in 1986 after obtaining Master degree in Agricultural Science from Kobe University.  He started his career in Research Planning division in Institute of Bio-Active Science.  From 1999 to 2004, he moved to Schering-Plough K.K. and developed a new MOA compound in cardiovascular disease in Clinical Development division.  In June 2004, he joined Eli Lilly Japan K.K. as a regulatory scientist in Japan Regulatory Affairs. Now he is responsible for the projects of autoimmune, bone/muscle/joint, cardiovascular and urology as a senior regulatory scientist.

In DIA Japan 2012, he was a session co-chair of “Regulatory Communication between PMDA and an Industry for Smooth NDA Review”.  In 2014, he was a one of panelists in “Virtual Meeting of PMDA’s Scientific Consultation: Points to Maximize an Efficiency of the Meeting”.  He has been a Program Committee member of DIA Regulatory Affairs Training Course since 2008.  It is a training course for the development and fostering of people from pharmaceutical companies, regulatory authorities and academia engaged in drug development. The course consists of ten separate sessions and each session consists of a lecture, small group discussion and mock exercise.  So far, about 400 students including 100 PMDA young reviewers graduated from this course.  He has been a Program Committee Chairperson of this course since 2013.
×
Don't Miss Out!
Get your weekly Breakfast Briefing eNewsletter, filled with news, trends, and vital information from DIA!
By clicking SUBSCRIBE, you are agreeing to our Privacy Policy.