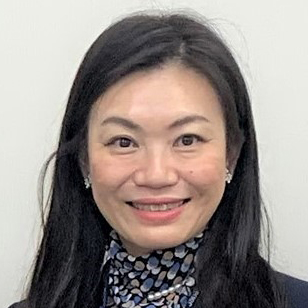 Rie Matsui is currently Director, Regional Labeling Head for Asia, International Labeling Group, Worldwide Safety & Regulatory, Pfizer Japan. She has established Asia Labeling Hub at Pfizer in July 2012 and the Asia Labeling Hub has created local label updates for more than 20 countries in Asia ever since its launch and she works with 14 affiliates in Asia. Previously, she was a Senior Manager for Post-marketing Regulatory Department at Pfizer Japan.  She has driven Japan labeling for global pharmaceutical products within Pfizer since 1993. She led responses to support post-marketing label changes in Japan arising from both new data and regulatory requests.  In addition, she has successfully led development of Japan submission labels for new global products. She is a proponent of proactive collaboration between global teams and local teams in labeling management and risk management plans prior to PMDA submissions.

Apart from her roles in Pfizer, she is a fundamental member of SIAC (now community) for the global labeling working group. Furthermore, since 2012 she has been a member of the content committee in DIA Japan and has contributed enormously to establishing new workshops/ trainings in Japan.