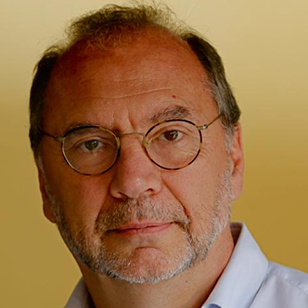 Baron Peter Piot, MD, PhD FRCP FmedSci, is a Belgian microbiologist known for his research into Ebola and AIDS. After helping discover the Ebola virus in 1976 and leading efforts to contain the first-ever recorded Ebola epidemic that same year, Piot became a pioneering researcher into AIDS. He has held key positions in the United Nations and World Health Organization involving AIDS research.

Piot discovered Ebola in 1976, as a 27-year-old researcher working in Antwerp. He was sent a blood sample from a Catholic nun who had died in what was then Zaire, and is now the Democratic Republic of the Congo. Piot and his colleagues subsequently traveled to Zaire to help quell the outbreak. Piot's team made key discoveries into how the virus spread, and traveled from village to village, spreading information and putting the ill and those who had come into contact with them into quarantine. The epidemic was stopped in three months, after it had killed almost 300 people. In 2014, in the face of an unprecedented virulent Ebola outbreak in western Africa, Piot and other scientists called for the emergency release of the experimental ZMapp vaccine for use on humans before it had undergone clinical testing on humans.

In the 1980s, Dr. Piot participated in a series of collaborative projects in Burundi, Côte d'Ivoire, Kenya, Tanzania and Zaire. Project SIDA in Kinshasa, Zaire was the first international project on AIDS in Africa and is widely acknowledged as having provided the foundations of science's understanding of HIV infection in Africa.