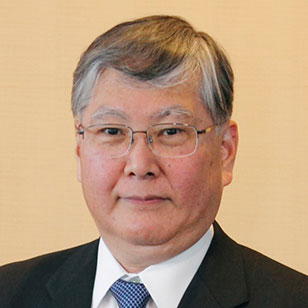 Dr. Tatsuo Kurokawa started his career as a government official of the Ministry of Health and Welfare (later the Ministry of Health, Labour and Welfare – MHLW) in Japan. After seven years of experience in good manufacturing processes and drug safety/monitoring, he was dispatched as an associate expert to the World Health Organization, Geneva and Manila Office. Upon his return to Japan, he worked in science and technology policy, and for the promotion of bilateral and multilateral international collaborations, including trade issues among industrialized countries. In 1989, Dr. Kurokawa was transferred to the New Drug Division where he was involved in anti-cancer drug evaluation; participated in launching the work of the International Council on Harmonisation (ICH) with colleagues from the European Commission and the US; and served as a member of the ICH Steering Committee up to ICH-3 (1995). In 1994, he became Director, Office of Appropriate Use of Drug; he then became Director of the Food Chemical Division, and was appointed as Director, Safety Division, MHLW. In 2004, Dr. Kurokawa was appointed as Councilor, Minister’s Secretariat on Pharmaceutical Affairs, MHLW, from which he retired in 2008 to serve as Professor, International Drug Development and Regulation, Faculty of Pharmaceutical and Medical Sciences at Keio University. In 2016, he retired from Keio University and became President of the Japan Self-Medication Industry.

Dr. Kurokawa is a pharmacist and earned his doctorate in 1995 at Chiba University, Faculty of Pharmaceutical Sciences.